In 2008 Alexandra Villa and In House PR were proud to add internationally renowned actor Anil Kapoor who played Prem in the critically acclaimed film Slumdog Millionaire. The film, which was nominated for an astounding ten Oscars, went on to win eight-- including Best Picture, Best Director and Best Adapted Screenplay. As part of the media campaign promoting the film during award season 2009, Villa landed Mr.Kapoor placements on The Today Show, The Hollywood Reporter, People, Entertainment Tonight, BBC, Screen International and CNN. That spring Mr. Kapoor received the honor of throwing out the First Pitch at Dodger Stadium, with Cy Young winner Clayton Kershaw catching. Mr. Kapoor became the first Indian ever to receive the honor which is normally reserved for presidents and dignitaries. His effort landed he ( and Villa) on the front page of The Bombay Times. 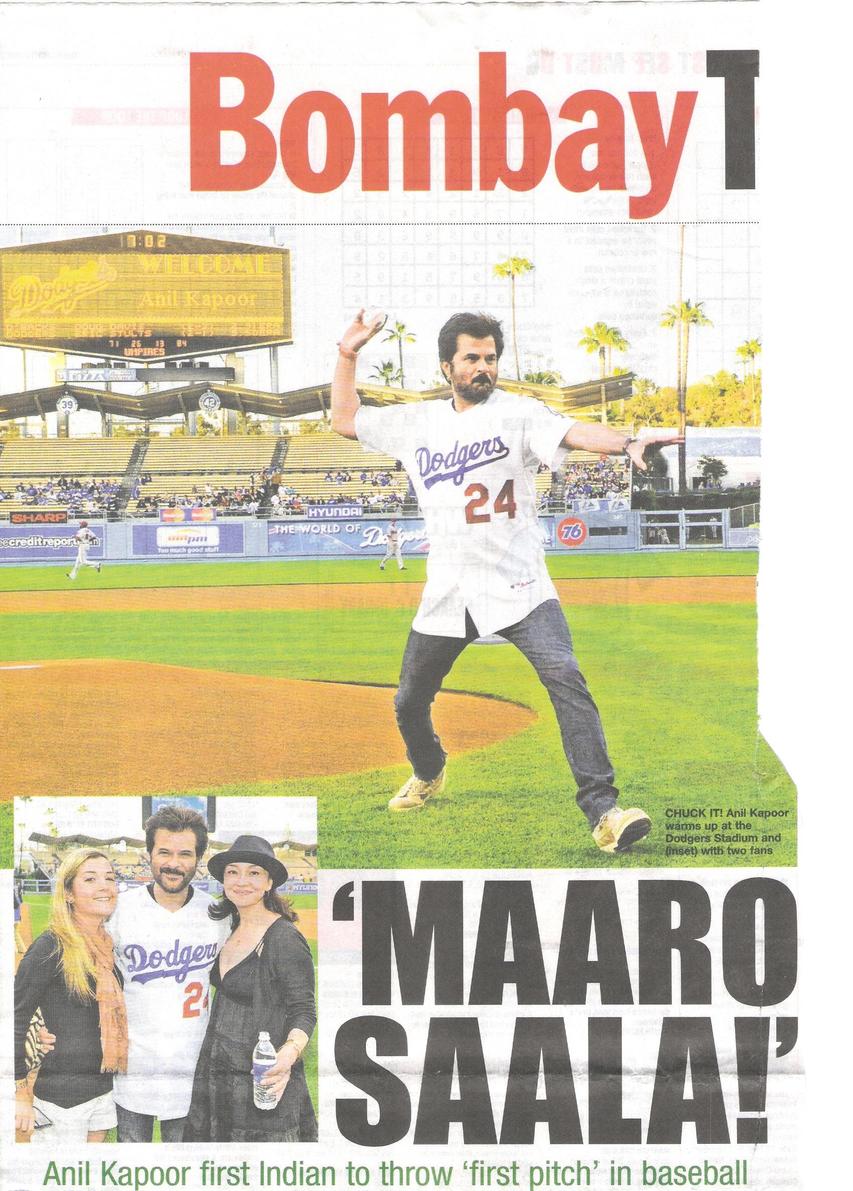