With longtime client Anil Kapoor In House PR pooled its efforts with studio Paramount Pictures to promote Mission: Impossible-Ghost Protocol and an all-star cast including Tom Cruise, Paula Patton and Jeremy Renner. We were aboard for the global press conference held at the worlds tallest building,the Burj Khalifa in Dubai where the film premiered at the Dubai Film Festival December 2011. The film was a critical and commercial success becoming the highest grossing Mission: Impossible film and actor Tom Cruise's highest grossing film ever. 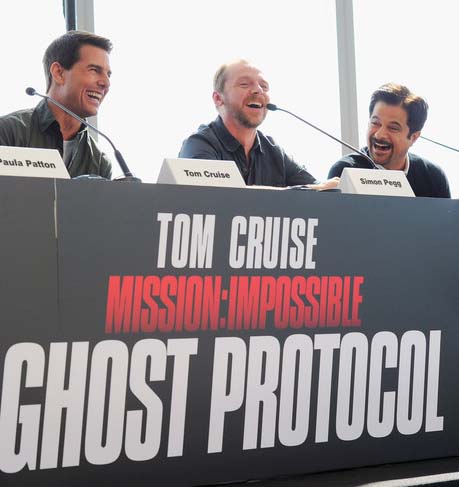