November 2008. Prolific producer Tabrez Noorani and his production services company India Take One, retained Alexandra Villa and In House PR to represent their participation in the critically acclaimed film Slumdog Millionaire. The film was nominated for 10 Academy Awards and took home eight including Best Picture, Best Director and Best Adapted Screenplay. The film was made for just under $15 million dollars and went on to earn half a billion dollars worldwide. It was the Cinderella story of award season 2009 , earning universal praise from top critics including The Wall Street Journals Joe Morgenstern who called it "the film world's first globalized masterpiece". 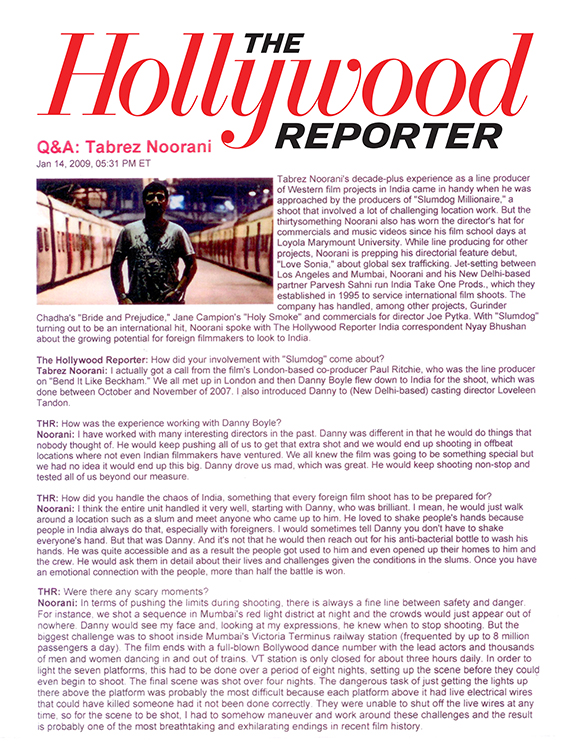