Tom Sykes, What Did I Do Last Night?

Author Tom Sykes retained Alexandra Villa and In House PR collaborate with Rodale Publishing in promoting his compelling memoir, “What Did I Do Last Night? A Drunkard’s Tale.” The book traces his fondness for the bottle back to his British boyhood at Eton College, England’s oldest and most exclusive boarding school, where the boys had to wear tail suits to class and there was a school pub on campus called ‘Tap’ that was used as a reward system and privilege for 16 year old boys including Old Etonian Prince Harry. The media campaign landed a feature review in People magazine as well as Glamour, The New York Post, The New York Times, Men's Style, GQ and Vogue. 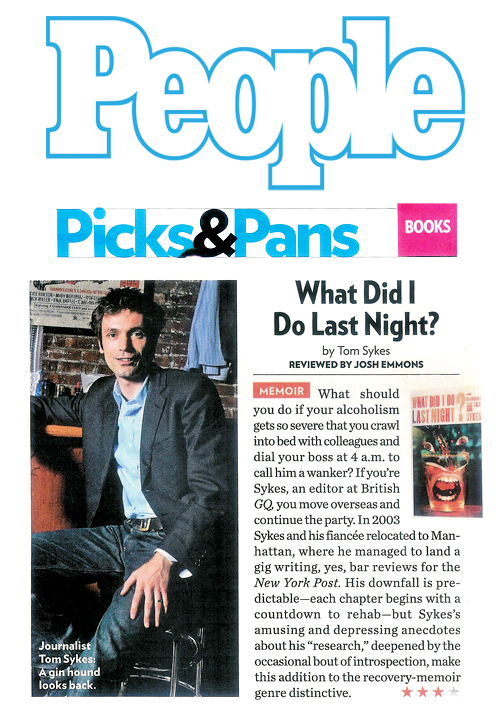